Shakya Nanayakkara, Director General of National Secretariat for NGOs, spoke on role of civil society in the government’s reconciliation process. He emphasized need for activities and programs to change the people’s attitude towards understanding other communities, maintaining relationships and respecting each other.

District Coordinators made presentations on the successful achievements of the DIRCs so far.

Participants divided into groups to select most significant stories of DIRCs and understand how to identify and address issues. A progress review of the intervention by DIRCs was carried out. 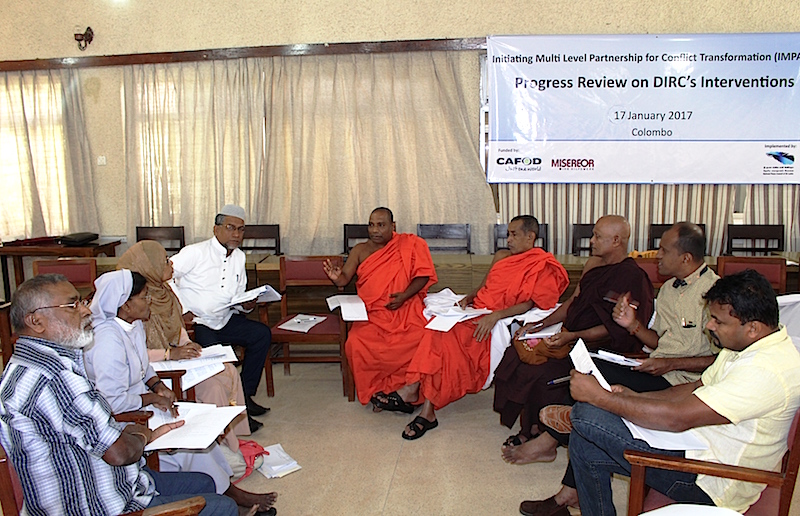