The findings of the project were summarised in policy briefing papers, a manifesto and a video, the outcomes of the objective to bring women’s voices at the grass roots to the forefront of the reconciliation process.

The project mobilized women to take an active part in community healing, to establish lasting peace and to increase the participation of women in the process of post conflict transition.

The briefing papers, which covered the topics of restitution of land and property and economic reintegration, physical security, psychological recovery, democratisation and governance and justice, were presented to decision makers with the aim that the affected women’s concerns and recommendations will be considered in the future reconciliation process to ensure it is more gender sensitive.

Some impacts of the project include:

• Following the healing activity in Puttalam, over 75 women from across the district came to one platform to sign a petition to effectively implement the national languages policy to be given to the Government Agent of the district. Within a week government officers were sent for language training and the Rural Women’s Mandate was translated and posted to all women’s networks. A year after the petition was given, government officers now have trained staff in both languages.

• Trainers now assist resource persons in trainings and community activities in other projects conducted by NPC.

• Military widows in Hambantota, who did not initially want to partake in this project due to the sensitive nature of its context, are now encouraging other military wives to take part in projects that work on women’s rights and transitional justice. They are acting as consultative bodies to help rural women’s organizations in their advocacy work and promoting military widows to actively partake in peace building activities.

• Partner organizations and District Inter Religious Committees (DIRCs) now ensure that in all their activities there is at least 30% representation of women.

• Women’s groups created by the project in Vavuniya now act as support networks for women with disappeared family members. These support networks accompany other women when they want to go to government offices or police stations, for moral support. 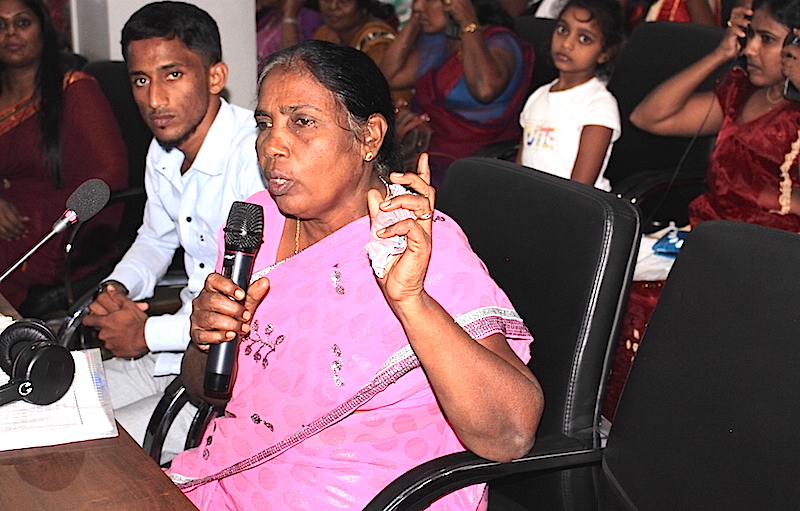