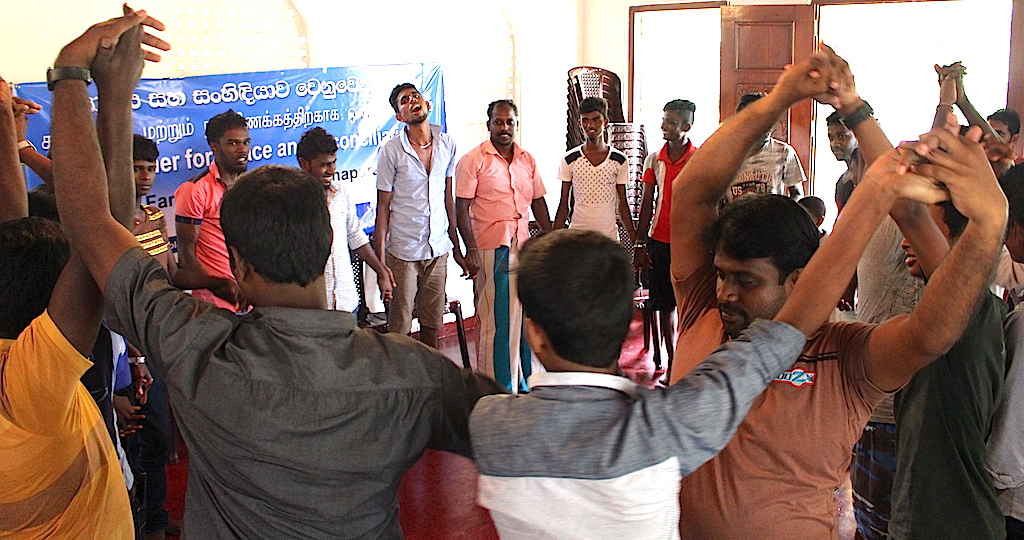 In an attempt to ease the tensions, DIRC members decided to hold their own rally in Norwood town, which was attended by religious and community leaders, teachers, students and the public carrying banners and placards stating the virtues of ethnic and religious harmony.

The rally ended at a Sinhala school on Norwood estate where religious leaders spoke about the need for coexistence and tolerance and peace between religions. They told the audience not to be influenced by extremists and troublemakers. A multicultural programme was later held to show the different aspects of diversity and unity.

On an estate in Ratnapura, young Hindu, Christian and Sinhala men had been playing sport together for many years. But due to a recent dispute during a cricket match, they started quarreling and it escalated into an inter-ethnic conflict, resulting in violence.

At the Ratnapura DIRC monthly meeting, an action plan was developed to address the situation. DIRC members met the young men regularly until they agreed to have a one day programme on peace building and conflict transformation. Thirty men from all religions participated in the programme, where they were able to restore trust and understanding. They decided to play a cricket match to show willingness to engage with each other and stop hostilities.

In Anuradhapura, allegations of conversions by Christians had led to conflicts developed in recent years among Buddhists, Christians and Muslims, resulting in court action and investigations.

At its monthly meeting, Anuradhapura DIRC decided to have discussions with the people involved. A district religious leaders’ forum was organised to identify possible action. Twenty three prominent religious leaders made their recommendations on how to restore harmony at the forum. The recommendations will be handed over to various stakeholders to take necessary action to mitigate tension among the communities. The District Secretariat supported the event.