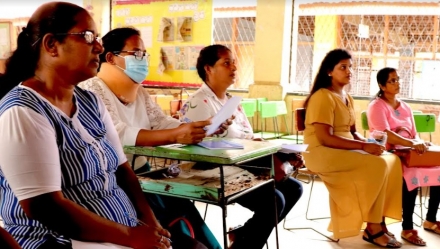 The issue of language was a key dividing factor in the early years of Sri Lanka’s independence and one of the root causes of the ethnic conflict that escalated into a 30 year internal war, and continues to be a great divider.

The problems began with language legislation in 1956 that made Sinhala the only official language. This had a practical consequence because it took the right to equal opportunity to state services away from Tamil speakers. More than six decades later, this injustice to Tamil speakers has been corrected both politically and technically with Tamil being made an official language in the constitution in terms of the 13th and 16th Amendments. The constitution gives equal place to the Sinhala and Tamil languages and ensures that Tamil will be the language of administration in Tamil majority areas.

However, in practical terms Tamil speaking people continue to suffer from unequal treatment where language rights are concerned, therefore there is a need to promote awareness and sensitivity about language rights.

Based on the need for language bridging, the Language to Reconciliation (L2R) project is being implemented with funding from the Canadian government.

There were 30 participants at the capacitation workshop in Batticaloa who were made aware of the language rights and language policies in the country. They were told about the institutions and bodies they could reach out for assistance on language right violations.

During the focus group discussions and the workshop, participants highlighted these issues: