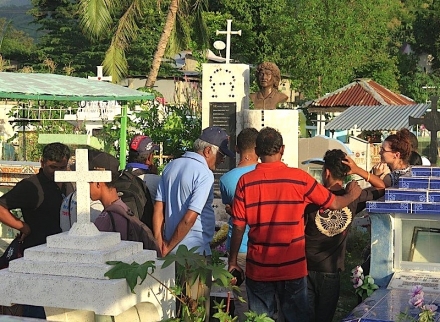 NPC and its partners visited Timor Leste to learn from the experiments of Transitional Justice (TJ) there. Timor Leste, then known as East Timor, was invaded by the Indonesian army who ruled from 1975 to 1999.

During that period there were revenge killings, internal conflicts, famine,resistance, systematically generated violence and mass violations of human rights. With the reformation in Indonesia in 1998, the United Nations commenced a process to prepare East Timor for independence.

The TJ process in Timor Leste started in 2000 with the establishment of the Timor Leste Commission on Reception, Truth and Reconciliation (CAVR). The mandate of CAVR was to establish the truth about human rights violations committed by all sides from 1974 to 1999; support the reintegration of those who committed minor criminal offences and other harmful acts through a community based reconciliation process; and assist victims in restoring their dignity.

A hybrid court was established to investigate and prosecute serious crimes and violations of human rights. CAVR produced its final report findings and recommendations that would help to prevent the repetition of human rights violations and to respond to the needs of victims.

The group from NPC and its partner organisations met a judge of the hybrid court who was involved in the judicial process regarding serious crimes, visited the CAVR museum and learnt about the truth commission process, and went to prison cells and torture chambers and spoke to victims’ groups.

Theyheard about the experiences of victims in dealing with the judicial process, community based reconciliation and healing processes, and met leading civil society organisations that actively participated in the TJ process to discuss their experiences.